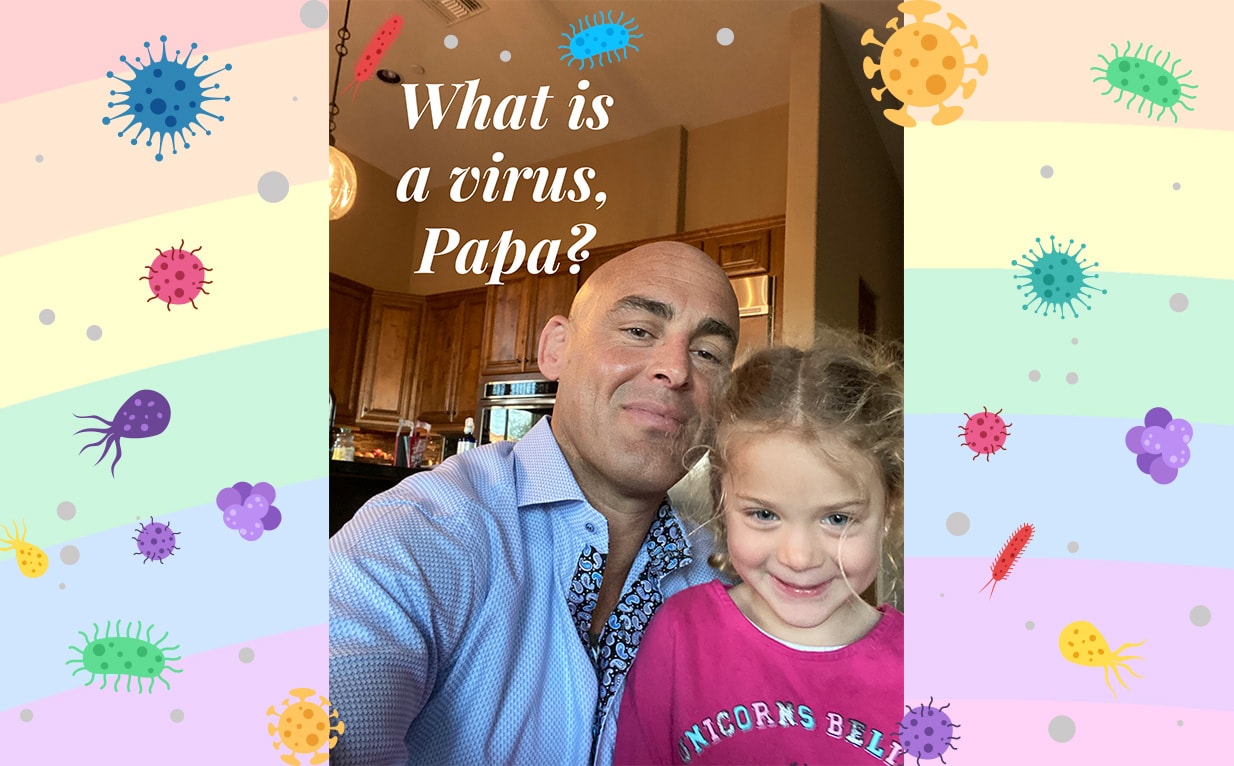 What is a virus?

….first, I gotta say that mass hysteria is ugly!

True colors are showing bright. Only 1% of people are impervious to the media-generated hysteria… while the other 99% are hiding. This only fuels the madness.

We see you, scared and selfish.

Life revolves around your fear, doesn’t it? It’s always about you…never giving a thing to the world other than your “troll-like” emotions.

Trying to guilt-trip people into being as scared as you…”oh my gaaawd, are you a flat-earther.  People are being buried in China and Italy!”

As if we haven’t seen a fucking headline or two, the most scared bitches are in full panic, parrot mode.

Meanwhile, it’s life as usual for the 1%. We’re waking up, charging full speed in life, and doing shit that matters for our family!

Not living in fabricated fear…

Let’s not forget the “concerned” emails piling in from every desperate fuck “guru” and business owner trying to profit off this shit. They act like they’re helping by sending you a link to the CDC.

The CDC is a private company. It’s a VACCINE company!

If you have a legit 12th-grade education and actually read the books from English class, then you’ve got a chance. You know it’s a big CONFLICT OF INTEREST to listen to anything the CDC says.

(If you didn’t know this, you were asleep in high school and you’re still asleep now.)

As “The People’s Chemist,” I’ve been doing my homework on mass hysteria and the collusion between Big Pharma and governments around the world for 25 years!

And I’ve been passing it on to help you ditch the meds to live young!

But if you have more than one fucking brain cell, you know The People’s Chemist does a lot more than that.

It’s waking your dead-ass up with real education, not fear.

It’s making sure you don’t end up in an early grave because of doctor prescribed “meds.”

The 1% are those who don’t look for herds to congregate with.

They don’t look for handouts.

They don’t thrive off excuses.

They don’t ask a doctor to appease the weakest fucking version of themselves.

They go head first into self-determinism and don’t give a fuck what people think.

That’s my product! You and your family’s health!

The books and botanical meds are just tools to help you get there.

If I can set you free you from the grips of western “medicine” (and all the bad side effects that come with it)…then I’ve done my job.

Hell, I’m not even the one who sets you free.

You set YOURSELF free by lifting a finger and reading a damn book.

…Free yourself from the fearful propaganda on scary viral threats.

Did you know that viruses are all around you?

A virus is nothing more than a stubby segment of atoms.  A grain of salt is 10,000 times larger than a typical flu virus!  They’re so small and fragile that the skin’s acidic pH of 5 or even a soap bubble can demolish a virus in a split second.  They aren’t something to fear!

There are hundreds, thousands, maybe even hundreds of thousands of viruses all around you!  A single gram of feces can contain more than 10 million viruses, 1 million bacteria, 1,000 parasite cysts and 100 parasite eggs.  And they’re damn hard to test for!  And even if you had an accurate test for a virus (even testing for the flu virus is questionable), being positive wouldn’t put you at risk from being sick from it!!!!

That’s why, despite what you hear on the news, there’s no real test for coronavirus. The highly funded, well-staffed CDC doesn’t even have a diagnostic tool! They’ve asserted that, “Initial work to develop a serology test for SARS-CoV-2 is underway at CDC. Once the test is developed, CDC will need additional samples to evaluate whether the test works as intended.”

It’s all fear-based media and politics controlling your every thought and action…it took all of 48 hours to grip you, people, using “symptomatic diagnosis” as a tool to label flu-like symptoms as “coronavirus.”  That means reported coronavirus infections or deaths are nothing more than standard illness’ being falsely reported to fit the coronavirus narrative!

The fact is, a virus is not a threat. If they were, you’d be long gone by now due to the overload all around you…

When we do get sick from a virus, it’s because our own protective mechanisms were down, not because others were infected.

…or it was INJECTED into you by a worthless and profitable vaccine that was pushed on you by a pharmaceutical foot soldier disguised as a doctor.

Wake the fuck up.

You’re more likely to die from a prescription med than you are a virus!

That’s how I operate — through real education!

And, if you don’t get healthier by taking my botanical medicines…then I’ve failed.

But you have to stop the willful ignorance. And since most of you won’t, The People’s Chemist isn’t for you.

If you’re part of the 1% who can see through the BS, you can start taking charge of your health and your family at www.thepeopleschemist.com

Dare to give a fuck,

Chemist: The Shocking Truth About Aspirin

We Didn’t Buy Her a Car