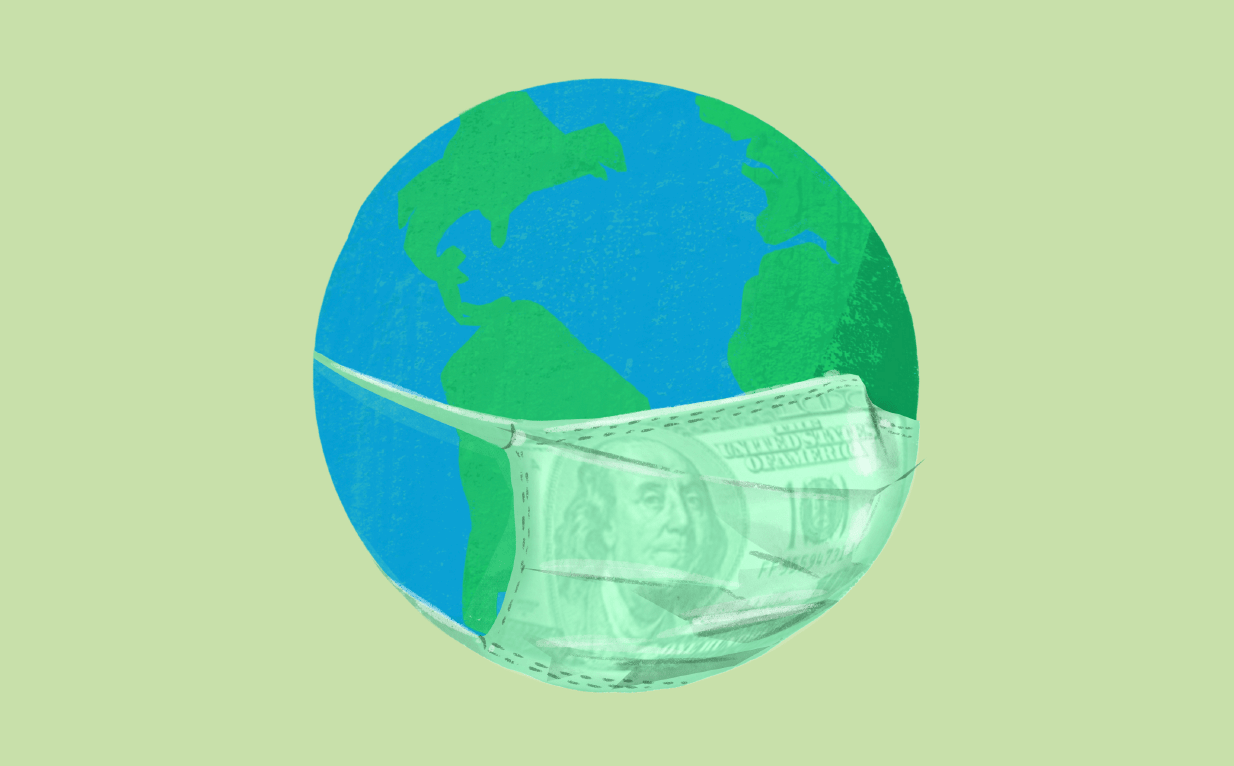 “In this community-based, randomized controlled trial conducted in a setting where mask wearing was uncommon and was not among other recommended public health measures related to COVID-19 [An umbrella term being used to described antibodies from common cold, influenza, rhinovirus or otherwise], a recommendation to wear a surgical mask when outside the home among others did not reduce, at conventional levels of statistical significance, incident SARS-CoV-2 infection  compared with no mask recommendation.”

Mask wearing started in Europe. At first, they were thought to be a defense against contagious diseases in the hospital. The idea wasn’t to kill germs, but to keep them away. Such practices, however, became marginal by the 18th century. This was due to inefficacy, as reported in “A history of the medical mask and the rise of throwaway culture,” published in The Lancet.

Today, the rationale for face masks dates back to 1867, this “idea” marked the birth and understanding of contagion through “germ theory.” Germ theory was an early hypothesis postulated by scientists long before the immune system — as we know it — was discovered.

Germ theory states that diseases are caused by tiny microorganisms that invade our defenseless body. Thus, germ theory was erroneously used to push masks, chemical sanitation, and vaccination, in the absence of understanding that our immune system is our ultimate firewall.

Pushing the germ theory in its early days, the British surgeon Joseph Lister said that wounds were caused by germs of “the microscopically small living entities that Louis Pasteur had recently described.” His main solution was chemical sanitizers.  To avoid this “chemical shit-storm,” a new generation of surgeons emerged in the 1880s who proposed mask wearing. The face mask represented a new way of “infection control” without the heavy use of chemicals.

There was instant pushback. The physician, Alexander Fraenkel in Berlin, was among the first to refuse the “whole surgical costume with a bonnet, mouth mask and veil, devised under the slogan of total wound sterility.” He also refused to accept germ theory as a risk. He insisted that, “wounds healed perfectly, despite the presence of enormous amounts of germs.”

Still, masks became more widespread. This was due to a pro-mask, media cast showing images of “masking” during the controversial and questionable influenza pandemic of 1918. As news of the flu risks spread, “wearing a mask became mandatory for police forces, medical workers, and even residents in some US cities, although its use was often controversial.”

Later, it was hypothesized that the flu “pandemic” was more likely the results of vaccine testing and the heavy use of a new drug, called Aspirin, causing flu-like symptoms. Once again, masks were an irrelevant byproduct of media hype, and probably added to worsening health.  After all, if germs were the cause of disease, we’d all be dead at birth…or at least once we hugged a 5-year old, considering their hand print shown above in a cultured Petri dish.

One of the biggest risks of contagion comes from the bacterial infection, tuberculosis. Each year, 9 million new cases of tuberculosis (TB) emerge worldwide. The most common cause of spread is aerosol byproducts of coughing and sneezing, making it a great study on mask efficacy.  Yet, masking was useless.

In a controlled, hospital setting, mask use was only slightly effective at preventing the spread of TB from coughing. Writing for American Journal of Respiratory and Critical Care Medicine, scientists found that, “Face masks are unlikely to adequately protect those who wear them from acquiring TB infection because they almost always have significant leaks at the mask–skin interface. These face seal leaks are a low-resistance pathway through which aerosolized droplet nuclei may be inhaled.”

When it comes to viral spread, state-of-the-art science methods prove that masks are without a doubt ineffective. After all, viruses are ubiquitous…and so small that a grain of salt is 1000 times larger!

Trends in Microbiology highlighted this reminding scientists, that a single 30 oz bottle of seawater could could contain a thousand or even a million different viral genotypes!  And to most peoples surprise, viruses are significant part of our own DNA.  To wear a mask to avoid one is ludicrous…and even dangerous.

Writing for the medical journal, Influenza and Other Respiratory Viruses, scientists found “no relationship between mask/respirator use and protection against influenza infection.” They looked at randomized controlled trials and observational studies published over three years!

The Journal of the American Medical Association confirmed these findings in 2020. In their report, “Medical Masks,” they asserted that, “Face masks should not be worn by healthy individuals to protect themselves from acquiring respiratory [common cold] infection because there is no evidence to suggest that face masks worn by healthy individuals are effective in preventing people from becoming ill.”

The CDC has corroborated the ineffectiveness of masks, reminding doctors that, “Adults can shed influenza virus 1 day before symptoms appear and up to approximately 5 to 7 days after onset of illness; thus, the selective use of masks (e.g., in proximity to a known symptomatic person) may not effectively limit transmission in the community.”  Additionally, in their report, Emerging Infectious Diseases, the CDC evaluated all previous studies on proper mask use and the spread of flu only to find that, “In pooled analysis, we found no significant reduction in influenza transmission with the use of face masks.”

Considering COVID-19, virologists and immunologists have compared it to the common cold, SARS, and the flu. Given the highly exaggerated risks of COVID-19, masks aren’t the answer – logically, historically and scientifically. In response to COVID-19, the World Health Organization (WHO) insisted that masks should only be used in a hospital setting. They added that “there is currently no evidence that wearing a mask (whether medical or other types) by healthy persons in the wider community setting, including universal community masking, can prevent them from infection with respiratory viruses, including COVID-19.”

Side effects of wearing a mask include skin infections – staph, MRSA, impetigo – and illness due to cross-contamination, especially among children. Susan Michie, director of University College London’s Centre for Behaviour Change and a fellow of the Academy of Medical Sciences, said, “There are several explanations as to why face masks have not generally been found to be effective if worn by the general population: they do not protect against the virus getting into the eyes (only close fitting goggles do this); people may not fit the masks properly or take them on and off; and people may have a false sense of reassurance and thus pay less attention to other behaviors key to reducing transmission, such as handwashing.”

Now consider the problem of excess carbon dioxide (CO2) caused by masks.  Breathing in carbon dioxide (CO2) is a real threat, causing feelings of fear, panic, and anxiety. Scientists writing for the prestigious medical journal, Cell, discovered that a group of cells in the brain known collectively as the amygdala are bombarded with CO2 in response to mask wearing. Consequently, the brain is triggered with feeling of dispart and fear, while eliciting acidosis, causing poor lung and kidney function!

Fortunately, we can move past the antiquated theories of mask wearing – brought to you by the pharmaceutically compliant media – and germ theory thanks to the lessons of history and science.  Both are as asinine as thinking a virus or any infection could can traverse the globe and infect millions…who don’t wear a mask.

We can rest easy knowing that the best way to avoid illness is to protect and bolster the immune system – our natural, built-in defense.  As proven by Nobel winning science, it adapts and learns how to ward off “biological nasties” on its own, and when it fails the miracles of emergency medicine are always standing by. You can strengthen it by using old-fashioned soap, clean water, hygiene, proper nutrition (avoiding sugar and alcohol) and common sense — even when the germ theory is being used as a method of control and political gain.

What’s the Best Test for CORONAVIRUS?

We Didn’t Buy Her a Car