Chemical Conspiracy: It’s Not The Food, It’s The Drugs In The Food! 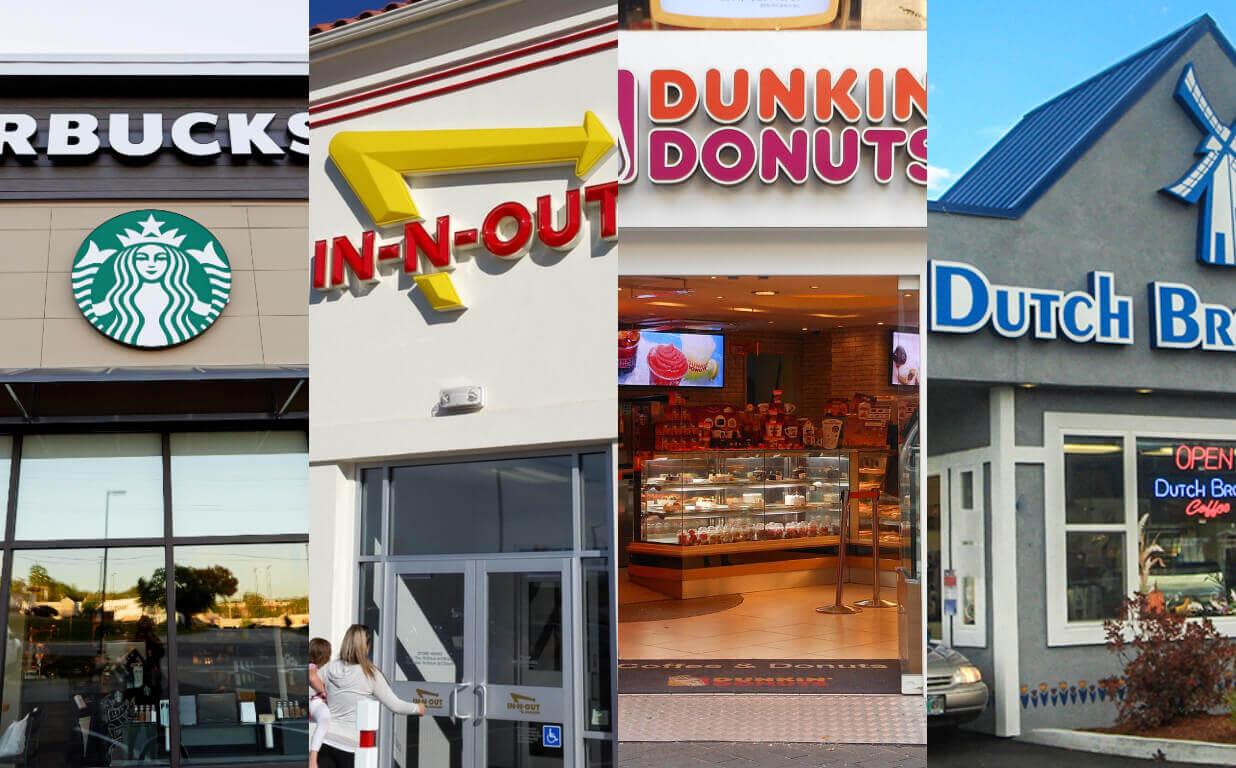 Maybe it’s a “cheat day.” Maybe you’re on a road trip. Maybe you’re just ravenously hungry and all you can think about is having that Starbucks, Dunkin Donuts, In and Out Burger, KFC or the gawdawful Dutch Bros. Something tells you it has too many calories…too much sugar, fat, or whatever else. Somehow, you promise yourself you’ll compensate with exercise or diet later on…but, that’s not gonna help you overcome the drugs in your food.

Drugs in your food?! You read that right.

I’m talking about man-made chemicals that cause diabetes, heart disease, and cancer, usually in that order, at accelerated speeds.   They also cause depression, prevent the body from recovering from injury and attack our memory.

…I can still remember walking into my laboratory at grad school for the first time. Instead of learning to be a chemist, I had become one. I felt a sense of excitement at the thought of finally applying my passion for chemistry to real life.

Like an astronaut admiring the dials and controls of a space shuttle, I scanned the intricate glassware designed to withstand the temperature and pressure extremes that come with the harsh environments of manipulating matter with chemistry. Hundreds of chemicals with biohazard labels were stored safely in dark brown bottles and jammed into tin cabinets. A shower and its activation cord dangled nearby in case of a chemical spill—a constant reminder that chemistry doesn’t give second chances.

Using the 119 elements of the periodic table—indivisible particles that form ever more complex molecules and porous substances—I was set free to yield whatever-the-hell I wanted, whether it be brighter paints, stronger soaps, better whiskey, or new medicines. Anything was possible.

At the time, I had no idea that the food industry would be using this same type of caustic laboratory environment to create addictive flavor mimics to poison our food supply. Driven by chemists known as “flavorists,” this newly devised chemical conspiracy has empowered the food industry to skyrocket its profits…while fattening America’s collective waistline.

Flavorists use state-of-the-art drug design methods to manufacture flavors stolen from nature—what I’ve termed “pharmafoods”—that yield dependency, overeating, and brand preference among consumers. The overall goal for these “pharmafoods” is to train your brain to crave more.

When you choke down pharmafoods (e.g., Starbucks, Gatorade, Powerade, Tang, Snickers…), your body is assaulted with flavor mimics that are chemically designed to make you pig out.

That’s why kids today refuse to eat most nutritious foods like raw milk, honey, and even real chocolate. Their taste buds have been hijacked to favor pharmafoods, as former FDA commissioner David Kessler pointed out in his book. He was referring to pharmafood’s ability to circumvent our innate ability to know what tastes good and to know when we are full.

Health marketing buzz words such as “low fat,” “organic,” “gluten-free,” “natural,” “reduced sugar,” “low salt,” or even “MSG-free” make it possible to sneak these flavor mimics into your shopping carts…without you knowing it. That’s because each additive can be cloaked as a “natural” product, since they’re technically derived from natural ingredients and used in small quantities!

Procter and Gamble became one of the first companies to put unapproved drugs into our food for profit. Prior to doing this, they failed to obtain FDA approval for a cholesterol-lowering drug called Olean because of its side effects of leaching essential vitamins and minerals from the body. The company’s plan B was to add the drug to its food products, so as to bypass FDA approval! Millions of consumers are now eating the drug as a low-fat substitute, under the brand name “Olestra,” which is a key ingredient in snacks such as Frito-Lay’s light potato chips.

This bait-and-switch strategy is incredibly lucrative for Big Food. Today, pharmafoods are worth an estimated $6 billion dollars a year. When questioned about safety, the industry boasts that “tiny quantities” are harmless. Yet, they lack the studies to prove it.

Another example of the danger of food additives involves a seemingly harmless snack: microwave popcorn. In the 1980s, purportedly low-fat microwave popcorn was made using the pharmafood known as “diacetyl.” The low-fat chemical tasted just like butter and was designed not to “linger.” In other words, the fake buttery taste disappeared from taste buds faster than real butter. Naturally, this forced people to eat more, at a much quicker rate.

As a result, even with ultra-low doses, diacetyl not only made people fatter, but also gave rise to popcorn lung (bronchiolitis obliterans). This is an irreversible, life-threatening lung obstruction that can lead to slow suffocation. When diacetyl is inhaled (such as upon opening a freshly popped bag of popcorn), diacetyl dismantles the lungs’ ability to carry oxygen into the body.

Barbara Materna, the chief of the occupational health branch in the California Department of Public Health told The New York Times that “the airways to the lung [among factory workers] have been eaten up.” Scientists studying the long-term effects of diacetyl also identified a possible link between diacetyl and Alzheimer’s disease, as reported in Chemical Research.

Despite this and numerous other examples, food mimics are still being widely used today. Many more are on the horizon. In addition to sugar mimics like high-fructose corn syrup, aspartame, and sucralose, newer types of flavor-enhancing drugs known chemically as nucleotides, ribotides, and alkamides strengthen addictive properties and increase the profits of the pharmafood industry.

If you’ve ever wondered why you’re addicted to certain junk foods and can’t seem to stop eating them…this is why. Flavor engineers have designed it to be that way.

Thanks to the alchemists of flavor, tens of thousands of additional chemical flavors are being cooked up and added to everything from Scotch to chicken, peppermint, and kumquat in an attempt to get us hooked. Not a single one is listed on food ingredient labels.

There are currently 80,000 chemical flavor mimics registered within the United States! Yet under FDA regulation, none of these pharmafoods are required to be listed on labels. Moreover, the U.S. Environmental Protection Agency only requires testing for about 200 of those chemical flavors and has succeeded in banning only five of them.

Exposing the flavor industry and creating public awareness about how we’re being chemically seduced are the only ways to curb the threat that food mimics can pose to our health.

With a little planning — like choosing to pack your lunch — you can avoid the pharmafood trap! Refuse to eat anything that’s served out of box, window or package. If it tastes sweet, spit it out. And if you truly want to take back your health, master your hormones, and undo all the damage caused by pharmafoods, visit www.AmPmFatLoss.com!

Should You Go on the “Keto” Diet?