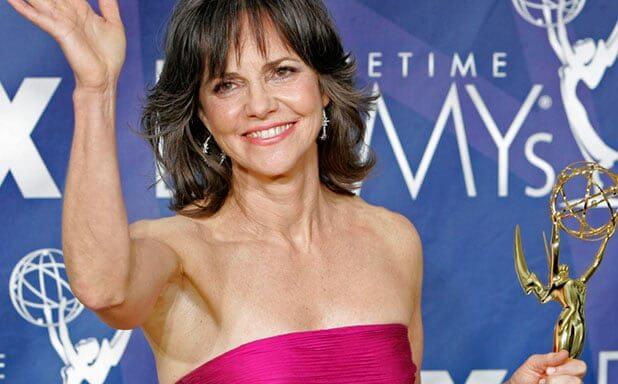 If you post a picture of shoes on my Facebook wall, you’re annoying. If you’re behind me at a red light and honk the instant it turns green, you’re also annoying (unless it’s me, doing it to you). If you think you can tell me how I should speak and behave on my own blog, you’re really annoying, but you’re still not at the top of my “Really Fuckin’ Annoying” (RFA) list. That’s held by celebrities who endorse prescription drugs.

Don’t get me wrong, it’d be amazing if celebs used their platform to hawk emergency medicine. But they don’t. Instead, they push the dangerous crap that can’t be sold on safety and efficacy. It started around 1998 with Joan Lunden pitching Schering-Plough Corp.’s Claritin, it went on to figure skater Dorothy Hamill’s freestyle promotion of Merck’s deadly Vioxx, then to Folksinger Shawn Colvin singing the praises of GlaxoSmithKline’s anti-depression medication Wellbutrin. Then Bob Dole assured us that “the surge was working” in his commercials for Pfizer’s erection pill Viagra.

Today, Big Pharma is getting action from a seemingly trusty, lovable, 62 year old actress who is best-known in her television role, as Sister Bertrille in The Flying Nun. Unfortunately, she’s betrayed that trust by wiping her ass with medical journals and signing on to push Boniva – a “bone building” drug marketed to prevent osteoporosis by Roche and Glaxo.

Boniva is known chemically as a “bisphosphonate.” You don’t need to worry about pronouncing it. But you do need to know that Fosamax also belongs to the same class, which means it “smells just as bad.” These toxins were originally used to clean up calcium deposits in boiler pipes, and an “accidental” discovery showed that they severely inhibit the bones ability to discard old cells. Physicians interpreted this action as leading to “stronger bones,” with a thought process that went something like, “If the skeleton isn’t discarding old bone, then this here drug must help strengthen the bone.”

I couldn’t make this shit up if I was on a two-day bender with Charlie Sheen.

The medical community’s thought process was flawed from the start because its like trying to keep a person’s stomach full by putting a cork in their ass. But, since it was never tested properly, the theory was accepted as gospel, despite the fact that medical journals showed otherwise.

The New York Times sounded the alarm just last weekend stating, “Women who stop taking the drugs after five years have reduced fracture risk compared to those who continue taking them.”

The FDA told women that, “a drug holiday” may be warranted when writing about the ineffectiveness of bisphosphonates. Is that plagiarism? Sounds like it came right out of the Health Guide For The Lazy – never before has attaining stronger bones been so easy, just trash your pills!

Thank God for the FDA. I feel so safe with those think tanks in charge. But wait, Sally Field tells women otherwise…And, she can’t even spell bisphosphonate. I’ll bet on it, ‘cause even I ‘effed-it-up – only because I’m typing under the influence (TUI) though, not a moron.

Once melded into the skeletal system, bisphosphonates do in fact interfere with the shedding of old bone cells. Rather than “die off,” like sunburned skin, aging bone infected with Boniva and Fosamax freezes cells in place. This prevents them from rebuilding new bone, and like rotting wood, the skeletal system becomes brittle and weak – the exact opposite of what Sally’s stupid, anti-osteoporosis med rants imply.

In their article, “Drugs to Build Bones May Weaken Them,” The New York Times highlighted that Boniva users, “show a rare type of leg fracture that shears straight across the upper thighbone after little or no trauma. Fractures in this sturdy part of the bone typically result from car accidents, or in the elderly and frail. But the case reports show the unusual fracture pattern in people who have used bone-building drugs called bisphosphonates for five years or more.”

The Times also tells us that Boniva can cause “jawbones to rot and die!” Physicians are calling this Dead Jaw. I guess Sally won’t be “dropping down” for Big Pharma much longer, especially since the industry is “so big.”

My Beer Gets Warm Listing Side Effects

Some “minor” side effects of bisphosphonates include severe and occasionally incapacitating bone, joint and/or muscle pain, eye redness and/or tenderness…The list goes on but my beer’s getting warm.

So what’s the alternative to anti-osteoporosis drugs? Take a “drug holiday,” on me! Then start taking an all-natural cod liver oil (I recommend Best and Safest Cod Liver Oil), while doing some resistance training three times per week. It’s the only thing proven to strengthen bones long term. If you’re carrying around excess weight, hello!? Give your skeletal system a break, lose it with Hormone Intelligence Therapy at http://www.ampmfatloss.com.

The Flying Nun – Sally Field – is losing airspeed and I predict she’ll stall and spin. Lawsuits against the makers of “bone building drugs that shatter bones” are on the rise and negative testimonials are popping up as often as you check your Facebook wall.

Secret Fetish Could Have Prevented This Award

I hereby grant a “Stinky Sulfur Award” to Sally Field for “boning up” to the challenge of squandering her public trust and bringing misinformation, deception, and suffering to millions (in exchange for a fat check from Roche/Glaxo). Nobody could do it as “cute” and ruthlessly as her…

Though, I have to admit. If Sally were hot, this award may have never occurred because I have a secret fetish for sexy women talking about “stiffness” and “bones.” But she’s not. So here’s to Sally, who’s RFA!…Maybe she’ll have a future in reality TV as a celeb turned con artist, the cast is growing daily.