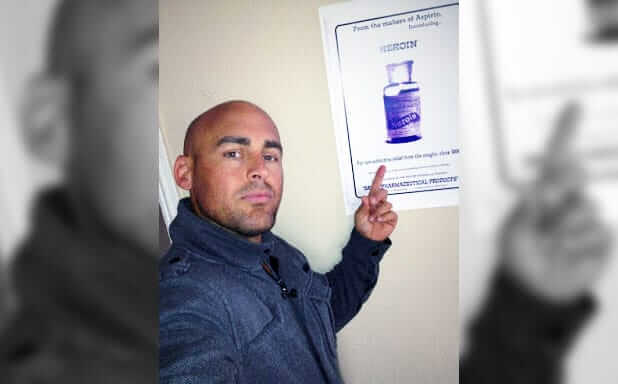 Historical ad reads: “Heroin. For non-addictive relief from the cough.”

Since the early 1900’s the drug industry has been saying whatever-the-hell they want in order to get us hooked on drugs. Heroin was advertised as a non-addictive alternative. Once enough people died, they started pushing morphine, then codeine…and so on.

That’s how it works – lie your ass off to sell pills. Remove them after they kill too many people. Repeat with a new drug. In the name of “free speech,” the drug industry is now officially set free to run amok thanks to new rulings.

Only one other country in the world allows drug advertising, New Zealand. But even then, their doctors are working to put a stop to it, saying that they “are particularly upset by the misleading content of many of the advertisements and the commercial pressure this puts them under to prescribe advertised drugs, even when they’re no better than existing alternatives or are not suitable for the patient.”

Thank you doctors in New Zealand!

Meanwhile, patients in America are screwed.

Americans consume more prescription drugs than any other country in the world. Yet we are sicker for it. Like a dog returning to vomit, we keep taking more drugs. The insanity stems from the drug advertising, which goes like this; a mini-saga culminating in a miracle answer, more drugs.

Hypothetically, DTC advertising could have positive effects on health care. So long as consumers are given pertinent information about prescription drugs, they’re very capable of making positive health decisions. This strengthens the doctor-patient relationship by ensuring that they can make mutual decisions about drug treatment rather than having the doctor dictate what is needed. However, these goals are only achieved if advertising is honest and truthful. And it’s not. Despite guidelines set by the FDA, pharmaceutical companies continually break the law by:

This irresponsibility has led to an increase of deaths and injuries that would not have occurred otherwise. Growing up under these prescription drug ads ensures that, as adults, our children become prescription drug worshipers. Unable to distinguish the indoctrination disguised as advertising from the truth, adults who grow up exposed to drug ads will inevitably reach for prescription drugs to treat any and all ills, when safe, inexpensive alternatives exist.

Chemist: The Shocking Truth About Aspirin